How to Drop Our Crutches and Dive Into Discomfort 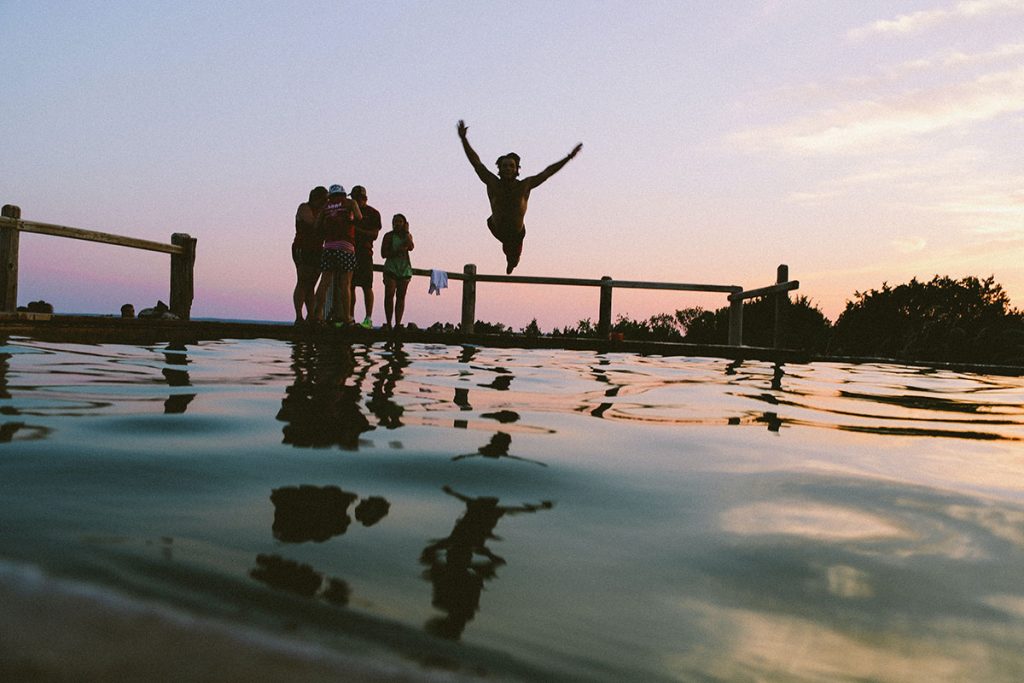 Photo by Brooklyn Morgan on Unsplash

We all want security. That’s a given. We want to feel confident and certain because then we can relax. We feel at ease when we know what’s coming next. It’s all human nature.

When our certainty and security are threatened, our instinct is to protect ourselves. There’s nothing wrong with feeling that urge to protect. However, we get into trouble when we decide that we “never want to feel threatened like that again” and elect to get rid of any doubts that pop up around that theme. Once we make that decision, then any time a threat gets close, we push it away. If the threat returns, we push it away again.

When we act on our intention to avoid the difficulties we need to face, we manufacture (1) more fear, (2) more symptoms, (3) stronger symptoms, and (4) a greater urge to avoid. Eventually, we end up in a never-ending cycle of feeling threatened and then trying to get rid of that feeling.

Another way we resolve the issue of threat, whether real or false, is by relying on safety crutches. Our top-choice crutch? Avoidance. We retreat and avoid the threat because we don’t know how to solve it—and because avoiding seems like the safest bet.

We lean on lots of crutches, like never changing up our routines or continuing to think, research, and ask questions instead of acting. If we’ve been depending on these crutches for a long time, we may hardly notice them. But when we study them more closely, we realize that all of them are a form of avoidance.

If you’re a nervous flier, you might get a prescription for a benzodiazepine to help survive the 24-hour flight to Asia. While giving a toast in a foreign language, you relieve the pressure by prefacing it with an apology for any butchered expressions. These safety crutches get us through our most feared situations.

Someone who is claustrophobic may arrive at the movie theater early to grab an aisle seat, one close to an exit, so he can effortlessly duck out of the theater should he become anxious. And the comfort of that seat will (over time) mute the symptoms of fear: the rumbling in his stomach, the cold sweat, the trembling hands. Those physical indicators are prevented (or at least subdued) thanks to the proximity of the exit door.

But consider this: It doesn’t matter if the moviegoer uses the exit. Having the option to escape is just as problematic.

“Ah, thank goodness that exit is just a few steps behind me. If I was sitting at the opposite end of the theater, or if I was stuck in the middle of the row with strangers on both sides, I’d be trapped. That would be terrible. But I’ve got my exit. Thank goodness. I’ll be fine here.”

See what happens? We mentally rehearse something going wrong, and that mental rehearsal reinforces our fear. Leaning on safety strategies may reduce fear in the moment, but it also helps maintain the fear over time. If our predicted catastrophe doesn’t occur, we assume it’s because we used that safety crutch. So, we’ll use it again next time. And every time after that.

Uncertainty is the game board on which we are playing. When you resist uncertainty, then you give up territory to Anxiety. If you worry about your heart, you stop strenuous exercise. If you’re afraid of getting rejected, you don’t ask anyone out on a date. When you back away in the face of any of these threats, you give up ground.

Keep this in mind: Anxiety scores points against you whenever it can get you to move AWAY from doubt and distress and TOWARD comfort and certainty. To combat Anxiety, you’ve got to push into doubt and discomfort so you can begin to take back your territory.