Learning to Love the Mat 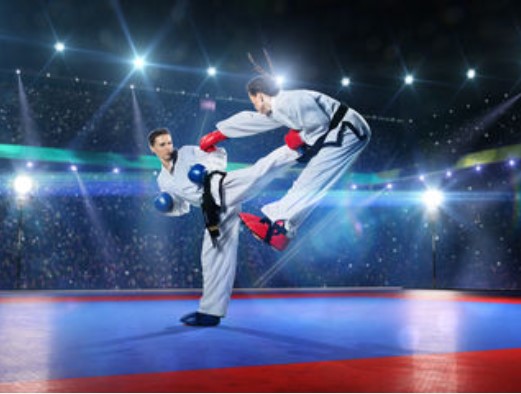 The paradoxical approach to embracing failure.

I called my son Patrick the evening of his Tae Kwon Do competition. He was 13 at the time, and I was out of town on business. When I asked him how it went, he flatly said, “I lost.”

In the sparring portion of the event, two competitors face off in the ring, dressed in their doboks (Tae Kwon Do uniforms) and various pads and protective gear. The goal is to score as many points as possible in the timed round. It’s very much like a regular boxing match.

“Well, what happened?” I asked. “Was he bigger than you?”

“Was he stronger than you?”

These kids hop around on the mat for a bit, circling and sizing each other up before one charges the other, and the two begin kicking and punching at each other’s bodies. While some bouts are tame, others can get rather aggressive, even in a junior competition setting.

When he finally opened up about the event, Patrick explained that as soon as the bell rang, his competitor ran toward him and delivered a roundhouse kick to Patrick’s side, knocking him onto the mat. His opponent had startled him within a matter of seconds. Of course, he didn’t want that experience again—to take a stinging kick from his challenger and get knocked to the mat—so in his remaining time, he became 100 percent defensive. He made it his goal to remain standing for the rest of the fight. No matter what, he would not end up on that mat again. He did a lot more backing up than stepping forward during those last few minutes.

At the end of two rounds, the score was one to seven. His opponent managed to score seven points on him because Patrick wasn’t focused on his offensive tactics. He was fixated on the defensive. Scoring points was the last thing on his mind.

It’s no surprise that one of the mottos that instructors in various martial art forms all over the world pass on to their students is “love the mat.” Some have even expanded on the slogan: “Love the mat and the view of the ceiling.” Imagine these 13-year-old kids, in the throes of competition, lying on their backs on that cold cushioned surface, staring at the distant lighting grid above them, just enjoying the view.

If you’re training and competing on a regular basis, it’s a given that you’re going to end up on the mat over and over and over again. If you hate the mat—if you step into the ring thinking, “Don’t get hit! Don’t get knocked down! Don’t lose!”—then you’re chewing up consciousness that could be attending to your skills. You’re devoting your attention and energy to bracing against the mat.

You’ll hear similar mottos in fitness classes, working on core and abdominal exercises (“Let’s do another round of planks. Come on, love the mat!”), or in yoga studios, where a common theme is that the mat is your very own island and a place of comfort. Koré Grate, executive director of the Five Elements Martial Arts and Healing Center, is a renowned women’s self-defense and empowerment instructor and is famous for her “Learn to Love the Mat” classes.

Whatever the arena, this paradoxical strategy works because a large chunk of your consciousness is no longer consumed by your fear of the mat. Your concentration is no longer on not falling, not failing, or not taking the hit. Your new position is: “Fine. I might end up on the mat. So what? I can handle it.” This stance allows you to move forward. You can focus more of your consciousness on handling the competitor in front of you (or your skill set, or your core exercises, or your self-defense mantras), thus diminishing the chance that you’ll end up on the mat.

Let me rephrase that: You are going to end up on the mat repeatedly. If you’re busy protecting yourself against hitting the mat, if you’re working to guarantee a certain designated comfort level, then your consciousness is in an internal battle that weakens your performance. The less you worry about being thrown to the mat, the less likely you are to end up on the mat.

Yes, I’m promoting a paradoxical strategy that says to go after what threatens you, to welcome discomfort, and to allow the occasional punch in the gut from Anxiety. You must step into the chaos. When you’re in the jungle, run toward the roar.