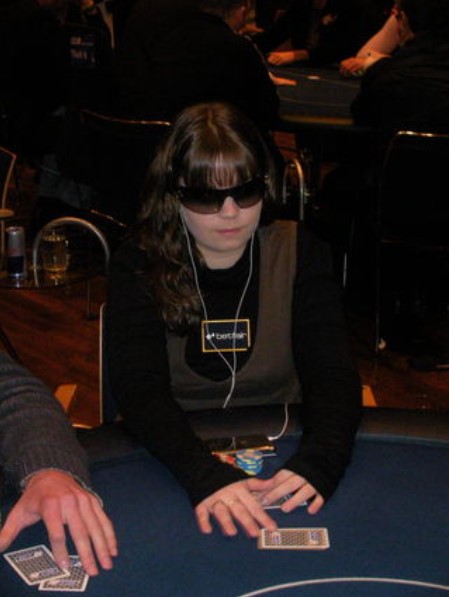 Take on the cleverest of competitors with a winning set of strategies.

Only two competitors remain at the final table in the eleventh hour of gameplay: 22-year-old Welsh poker sensation John Tabatabai, the current chip leader, and this Norwegian girl whom no one was betting on earlier in the day. It’s standing room only here in the disco room at the Casino at the Empire in central London. Media people mill about; they must sense an imminent victory. At stake are one million pounds and, almost more gratifying, a coveted World Series of Poker bracelet.

Two months prior, “Annette_15” was playing online almost exclusively. She’s played thousands of Internet poker tournaments, winning more than 23 major online tournaments and earning just shy of $850,000. But today, on the eighth day of the World Series of Poker Europe inaugural event, Annette Obrestad is live and in the flesh, the calm and collected mystery girl at the final table. Obrestad is holding pocket sevens (7♥ 7♠), and John Tabatabai has a five of spades and a six of diamonds (5♠ 6♦). Obrestad raises; Tabatabai calls. After the flop (7♣ 6♣ 5♥), Obrestad has three of a kind, and Tabatabai has two pair. Obrestad bets, Tabatabai raises, and Obrestad responds, “I’m all in.”

The seated onlookers stand in unison. Tabatabai removes his glasses. “I call,” he says, smiling but visibly uneasy. Both final table competitors are all in. The winner will be decided in the next two cards.

An integral part of the game of poker is studying each of your challengers, and Annette Obrestad is a scholar of observation. She scans the table, reads intentions, and picks up what to the layperson is completely indiscernible. She considers every possible play in every unique scenario. Predicting your competitors’ moves is near impossible, but if you can identify their trademarks and tendencies, you can use this information against them.

Obrestad learned the game at the keyboard, battling a sea of faceless opponents. She assesses her opponents before the first card is even dealt. “People give away ‘tells’ way too often,” she says. She’ll often play with her cards hidden, forcing her to put 100% of her attention on the other players at the table.

It’s roughly a quarter past midnight. Obrestad clasps her hands together and bows her head, thick black glasses concealing her emotions. The turn is the two of spades (2♣). Obrestad still has the lead. The entire room is on its feet. The river is the queen of hearts (Q♥). Obrestad cracks a smile—the first “tell” she’s let slip in the last eleven hours. As stacks are counted and the winner is determined, Obrestad sits back in her chair, her eyes welling with the realization that she is now the youngest competitor and the first female player to win a World Series of Poker bracelet. The poker world has crowned a new champion. Her name is Annette Obrestad, and tomorrow is her 19th birthday.

Anxiety is the cleverest of challengers. A masterful opponent, Anxiety studies our weaknesses, our vulnerabilities, our needs. It captures our natural responses to threat, exaggerates them, and turns them against us. It hijacks any softness in our personality traits. It feeds us false information, conveying that certain activities are more threatening than they actually are. And it creates a set of beliefs that causes us to back away to safety instead of step forward into the face of threat. As your challenger, Anxiety is looking to exploit any vulnerability you might have within these domains.

Using Annette Obrestad as our model, we need to study and predict Anxiety’s moves so we can create a winning set of strategies. Are you game?