Use Absurd Talk to Take Control 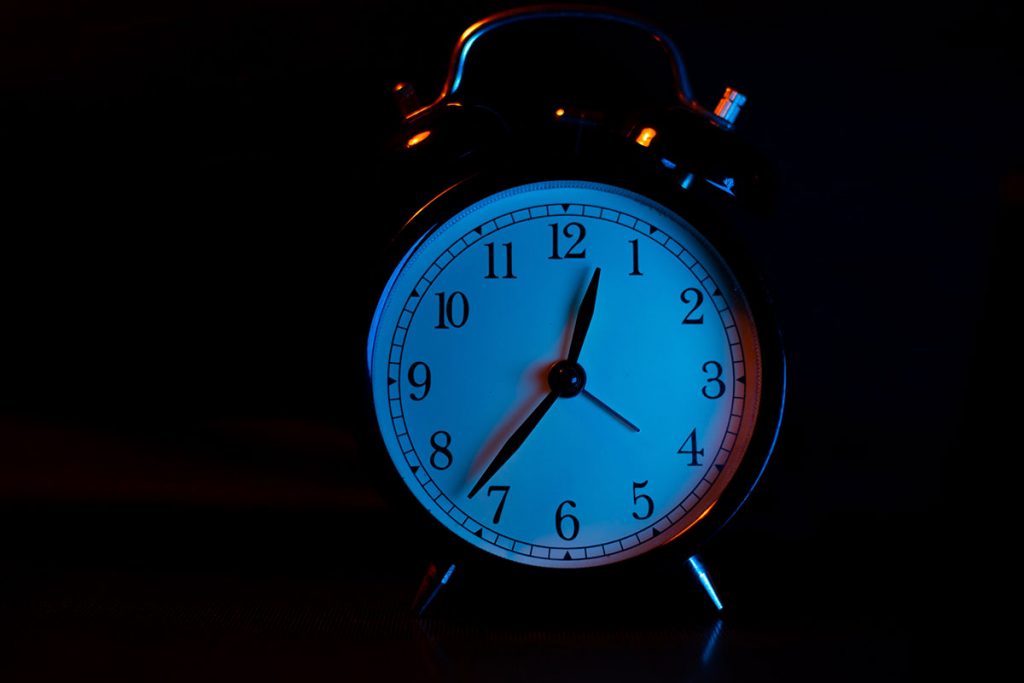 Adopt a competitive spirit with your challenger, OCD.

Photo by Michelen Studios on Unsplash

The alarm clock glows pale green in an otherwise pitch-black room. It’s minutes after 2AM, and Bob is standing outside his bedroom door, racking his brain to come up with the opposite of water. He’s drawing a blank. Nothing’s coming to mind.

He eventually settles on sky. No, strike that. Atmosphere. He tells himself, “I’m sleeping in the atmosphere.” And that thought, at this hour, is comfort enough so he can step back into his bedroom and settle into bed…that is, until the next fearful thought pops into his head.

For Bob, who developed OCD at an early age, every day is opposite day. It’s the only way he’s able to accomplish the most banal activities, such as eating dinner, going to work, or falling asleep. Right now his theme is water. “As I’m getting into bed I might think, ‘I’m sleeping in water.’ I have to walk out of the room and correct that. I have to decide what the opposite of water is.” Subvocalizing that new statement brings relief, but it’s a respite that may last only a few seconds.

His behavior—“correcting” his negative thoughts by conjuring up the opposite thought—has become a taxing ritual, occurring 5 to 20 times in any given night. Negative thoughts he’s already “corrected” sometimes return, creating a vicious cycle with no promise of relief.

Sitting across from me, Bob is well-built, conﬁdent, charismatic. A passionate physical therapist, he immerses himself in his work and loves helping others reach their goals. He has goals for himself, too, but at this point in his life, he just wants his mind back. The threats of OCD are currently dominating his life, and he’s desperate to take back control.

Bob’s problem represents what most people with anxiety go through: You perceive a threat in front of you, and you automatically look for protection or escape. If you can grab a protective mechanism or escape hatch, you’ll take it. If not, you’ll face the threat with continued anxious worrying. This is the pattern we need to interrupt.

At the tail end of my first session with Bob, we discuss how he might experiment with some tactics over the next week. Let’s say Bob gets disturbed by one of his statements, like, “I’m breathing water.” And let’s say he decides to experiment with tolerating doubt and distress by not getting out of bed and not replacing this statement with one that is more acceptable, such as, “I’m breathing air.” Now he’s faced with the fear of never being able to fall asleep.

I remind Bob that OCD is focused on the distress of doubt. It doesn’t care about breathing water or any other topic. It takes advantage of whatever it can in order to generate a sense of insecurity in your mind. I want Bob to take a power position over OCD by adopting a new point of view.

Bob: Wait a minute…OCD needs me to ﬁght against uncertainty. To break free from OCD, I need to do the opposite of that. So I ought to ask for more doubt. Ha!

Bob is a quick student.

Bob: I want my anxiety.

Reid: Great. What’s the opposite of ‘I’ve got to get rid of uncertainty?

To interrupt his sleep routine, Bob might ask OCD to keep him awake all night: “Please, what I live for is for you to make me stay awake all night.” Sure, it’s crazy talk, but it’s for good reason. When Bob says, “Oh god, I hope I don’t stay awake all night, I’m going to be miserable,” that fires off his amygdala—his fight-or-flight response. And he feels more anxious.

But when he sends a ridiculous message, like, “Come on, more please,” then he’s taking the game to OCD. He’s assuming the power position.

Bob: Yeah, I need to talk to myself in a bring-it-on type of mentality.

His challenger, OCD, is going to send him a threatening message, and he’ll respond immediately with an anxious urge to get rid of that message. There’s no way he can interrupt those two events; they come unconsciously as a package. So he needs to step back, notice that he’s getting played by OCD, and then deliver a paradoxical response to the threat.

Reid: You might say, ‘Hey, you can’t give me enough doubt tonight. I’m willing to stay up all night and dwell on this because you’re forcing me to.’ I don’t want you to purposely dwell on anything. I want you to go to sleep when you’re able to go to sleep. And when you have a negative thought, your job would be to do what? To think what?

Bob: That’s good that I had that thought.

The negative thought will show up, and you will automatically respond, “Oh, no. I’ve got to get rid of it!” You want to pair that with something like, “Great! Time to practice. I’m going to allow myself to get freaked out. That’s what that crazy psychologist told me to do.” Even better, you can say, “Thanks, OCD, I want this. But I am not preoccupied enough. Would you please make me even more freaked out?” Then turn your attention back to whatever you’re doing. As soon as another negative thought pops up, you say, “Great. That’s what I want.” You have to learn to step back from the provocative messages of your anxious worries and obsessions. You must detach yourself from the speciﬁc topic of your fear.

As Bob begins to experiment with tolerating doubt and distress, he’ll need to find opportunities to get this exchange going.

Reid: You notice that OCD is disturbing you, so you say something to OCD, like, ‘Give me more, please.’ Or something that will motivate you, like, ‘I want this.’

Bob: Right. I need to get my fighting spirit going. I need to motivate myself to say, ‘I’m going to attack it.’ I need to make it a competitive sport.

Yes. Absolutely. With this mindset, Bob is totally ready to take on his challenger.