How to Approach Anxiety With Cleverness: Part 1 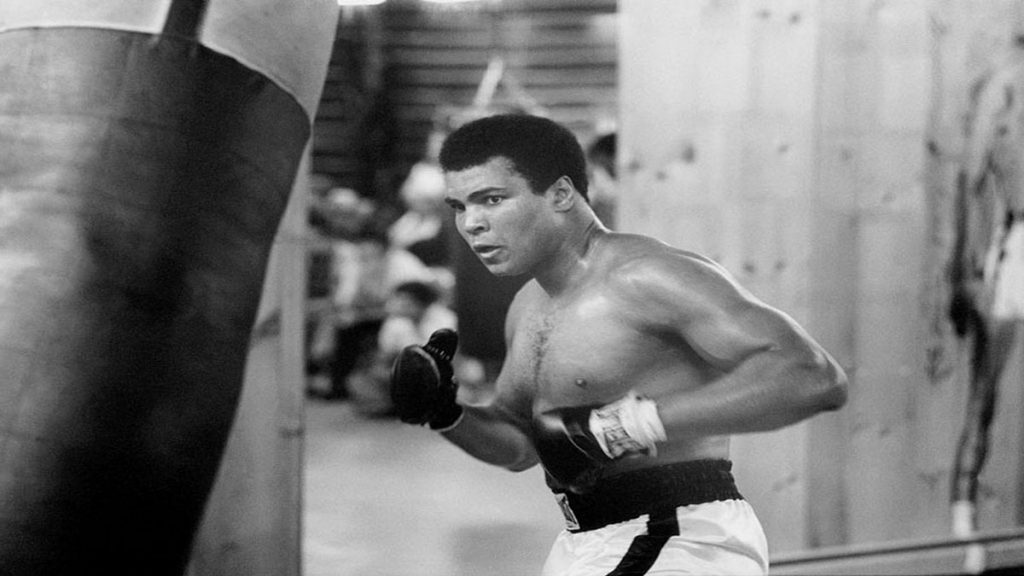 By 1974, Mohammed Ali had established himself as one of the top heavyweight boxers of all time. A bout was set for October 30, 1974, between Ali and heavyweight champion George Foreman in Zaire, Africa. The match was coined “The Rumble in the Jungle.”

Ali was his usual cocky and colorful self before the event: “I’ve done something new for this fight. I done wrestled with an alligator. I done tussled with a whale, handcuffed lightning, thrown thunder in jail. Only last week, I murdered a rock, injured a stone, hospitalized a brick. I’m so mean I make medicine sick.”

But exuding confidence and taunting his opponent before the fight would not be enough to win this one. While Ali had struggled in his matches with prior opponents Joe Frazier and Ken Norton, Foreman had taken down both Frazier and Norton in second-round knockouts. Plus, at 32 years old, Ali was practically ancient. Foreman, only 24 years old at the time, was in his prime. He was an awesome and dangerous boxer who threw some of the hardest punches in heavyweight history. No one believed the 32-year-old relic had a chance of winning.

Against all odds, Ali won that fight, and here’s how he did it.

For months before the fight, both men lived and trained in Zaire. While Foreman worked out in isolation, Ali built a relationship with the people of Zaire with his strong pro-African beliefs and his unmistakable flamboyance and charm. When it came time to enter the ring, Ali had the cheering crowd on his side.

As part of his customary pre-fight boasting and taunting, Ali claimed he was too fast for Foreman to keep up with, and he opened the first round with a flurry of punches to reinforce that message. Coming out of his corner in the second round, Foreman expected to step forward in a toe-to-toe battle. Instead, Ali retreated to the ropes and taunted one of the hardest hitters in the sport to hit him repeatedly while he only protected his face. Foreman became angry and delivered his best blows to Ali’s midsection. Ali responded, “Is that all you got, George? They told me you could hit!” Many of Foreman’s punches were deflected or didn’t land squarely. Ali allowed the ropes to absorb some of the energy of the blows so as to reduce their damage. Occasionally he would counter with a flurry of punches to Foreman’s face, electrifying the crowd. Then he went right back to defensive mode, protecting his face, his body leaning into the ropes. The move would later become known as “rope-a-dope.”

By the seventh round, Foreman began tiring and occasionally dropped his arms to his side. Late in the fight, Foreman smashed Ali with a thundering blow to the body, and Ali whispered to him, “Is that all you got, George?” It’s true—Foreman had nothing left. Ali started dominating Foreman with his speed and energy. In the closing 30 seconds of the eighth round, Ali dropped Foreman at center ring and won the fight.

Ali knew and studied his challenger. He understood his strengths and weaknesses. It’s precisely why Ali bragged that he was too fast for Foreman. It’s why he whispered in Foreman’s ear at the same time that Foreman was pounding on him. He wanted to get him mad. He wanted him to punch with all his strength and exhaust himself. Ali set up Foreman, and then he took him down.

Ali no doubt saw Foreman as a formidable, more fit, more dominant challenger. Likewise, Anxiety may seem bigger and stronger than you. You might already feel beaten down by Anxiety. But we’re going to use an altogether new set of tactics. You will no longer go toe-to-toe with your challenger. You don’t have to be bigger or badder than Anxiety. Instead, you have to be CUNNING. You must be brave, bold, audacious, impulsive even. You’re going to set up Anxiety, and then you’ll take it down.

More about our new, cunning approach to Anxiety… in our next installment.

PrevPreviousHow You Can Use Self-Talk to Step Forward
NextHow To Approach Anxiety with Cleverness: Part 2Next